A so-called “friend” recently played a cruel joke one me. I was tricked — no, bamboozled — into witnessing train wreck after train wreck.

A full two hours of debauchery, scandals, alligator tears, fake tears, catfights, fistfights, makeups, makeouts, and more, all of it aiming with laser focus toward one thing …

Not a business-meeting proposal or a profit-fueling proposal. This friend lured me over to her house one Monday evening with the promise of wine, only to tie me to the couch to watch “The Bachelor.” Dear. God. Help.

The lengths to which these ladies went to impress this oaf were INSANE! They were fixated, driven, savage women. After the wine buzz finally (and thankfully) kicked in, I did start watching the show differently and actually took one big lesson from it that I instantly knew I wanted to write about this month.

I Want You To Woo Your Leads With The Same Ferocity As These Bachelorettes.

I want you to pay loads of attention to them, schedule a date with them the instant they give you any attention, send them surprise gifts, remind them you can’t wait to see them, and hound them if they need to reschedule on you. Impress the hell out of them so you can get the same thing the bachelorettes want.

From the very instant a lead approaches you, whether it’s online or in person, they are sizing you up to see if you’re “business marriage material.” Every interaction they have with you impacts their decision whether or not to bring you on as their MSP, and if we can increase the frequency, personalization, and overall positive experience that our qualified leads have with us, we can increase the number of accepted proposals.

A Look At The Numbers – MSP Averages

In the past few months, we’ve looked at how to get more leads and sat appointments. Now, let’s look at the numbers with even just a small increase in the number of proposals.

How Do You Get More Proposals From Your Dates?

For every lead, you ABSOLUTELY MUST have the following in order to set yourself up for proposals:

Prescheduled, six-month follow-up on lost deals (this same “friend” told me about the “Bachelor” scandal a few seasons ago where the guy ended up dumping the girl he chose on the finale and went back to the “second runner-up” — people make decisions they regret in business, too, and often have the same problems that go unresolved six months later. Think about how impressive it is when they get a ping from you “just checking in on them.”)

Ideally, this entire process is automated. It’s just not feasible to do ALL of this manually while you grow your business and remember to do each step at the time it’s supposed to happen for each lead. Plus, you shouldn’t be spending so much time doing this without a system!

Yes, we recommend Infusionsoft by Keap. Yes, we resell it. Yes, you need it. No, you don’t have to use it, but you’ll want to once you see it. Get more info at MSPMarketingCRM.com.

Will you do what Robin recommends and implement this whole system in your sales process? If you don’t automate this with Infusionsoft by Keap, will you take just ONE of these “lead dating” tips and start doing it? Will you let me know when you do this and share with me how the number of your accepted proposals increases? And one final request … will you accept this rose? 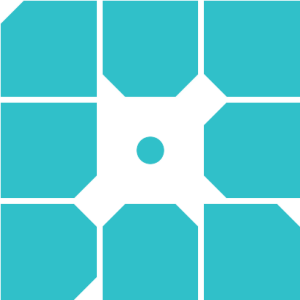 This is the "wpengine" admin user that our staff uses to gain access to your admin area to provide support and troubleshooting. It can only be accessed by a button in our secure log that auto generates a password and dumps that password after the staff member has logged in. We have taken extreme measures to ensure that our own user is not going to be misused to harm any of our clients sites.

This is the "wpengine" admin user that our staff uses to gain access to your admin area to provide support and troubleshooting. It can only be accessed by a button in our secure log that auto generates a password and dumps that password after the staff member has logged in. We have taken extreme measures to ensure that our own user is not going to be misused to harm any of our clients sites.
PrevPrevious
NextNext